Kayaking a Mile – How Long?

So you read through the checklist. You have your drop in and exit locations marked. You start telling friends and family when you’ll be back but you stop and think…. When will you be back? If your trip is 25 miles, how long will that take? How long does it take to kayak a mile?

This question doesn’t have one simple answer, but if you’re looking for estimates, the average time to kayak a mile is between 20-30 minutes.

To truly answer this, you really need to look at some of the variables involved.

If you were the driver of an illegal street race and you had to choose between a 1981 Ford Station Wagon and the Lamborghini that just rolled off the factory floor? Which would you pick?

It’s an obvious answer, and that’s how it boils down to kayaks too.

Ok, maybe not that drastic, but there is a noticeable difference in tracking and speed as the cost increases. Just like anything in life, you get what you pay for.

This doesn’t mean you need a top of the line, custom, carbon fiber, kayak to paddle out a mile in less than 20 minutes. That’s pretty easy to do using a kayak you pick up from Walmart.

Sit-in kayaks do seem to be a little quicker in the water.  It’s because sit-in kayaks lower your body down, closer to the water, keeping you more stable. The length of your kayak plays a huge part in your overall speed and tracking. The longer and skinnier the kayak, the faster and straighter it will go.

I always have to be aware that I don’t get ahead of my family when we’re out kayaking.

I usually paddle in my Wilderness Systems Tsunami 165, which is 16.5 feet long. My wife typically uses her 11 foot Dagger Zydeco. The difference of 5.5 feet plus a little more paddle strength really rockets me ahead of them.
It’d be interesting to see if we switched kayaks if the results would be the same. 😉

Picture a barge lumbering through the water like a giant rectangle. It’s just kind of pushing a massive amount of water out of its way.

It doesn’t move that fast does it?

Now picture a speedboat with the V-shaped front and narrow bottom. That thing is made for speed. It basically cuts through the water like a knife.

Look at your kayak the same way.

The wider your kayak is, the more mass needs to be carried through the water.

The skinnier V shape leaves less kayak in the water making much less resistance when trying to get up some speed.

The kayak paddle is most often overlooked when purchasing your first kayak. I’ll admit I didn’t even think about it when I got my first kayak.

I let the salesman point to the cheapest one and I bought it.

It wasn’t until a year later I started really getting into kayaking. I started researching better kayaks and the different types of paddles.

Paddles can make a huge difference when looking for speed.

Make sure to get the kayak paddle that fits your height and your kayaks width.

Your Kayaking Ability and Technique

You can’t expect to hop in a kayak for the first time and paddle a mile in under 10 minutes. Proper technique and your kayaking abilities play a huge role in the speed at which you can paddle a mile.

When just starting out kayaking may seem like an unnatural movement, but with time it will become second nature.

Practicing is great, but practicing with the proper form is even better.

If you practice your technique consistently then your muscles will begin to develop a memory. If you instill the proper form into those muscles you’ll gain huge benefits in your paddling.

If you practice the wrong form though, it could eventually lead to muscle cramps or strains.

Kayaking down a river at the beginning of spring is a lot different than the end of fall.

In spring, the ice and snow melt off accumulates in the rivers and causes them to rise and increase their speed.

Paddling on a river that is flowing fast will certainly increase your speed per mile.

In contrast to that, kayaking on a river that has little to no current will slow down the time it takes to kayak a mile.

Check out the USGS (United States Geological Survey), website for accurate water conditions for a river near you.

I check their site before any kayak trip for the water conditions. Paddling these rivers for so long I know what level the water needs to be for me to not bottom out.

If I’m bringing a beginner kayaker, I’ll make sure the river isn’t flowing too fast for them.

As you can see from this USGS water graph of the Schuylkill River, starting in April, the height of the river increases as well as the c.f.s. (cubic feet per second) discharge rate. Basically the speed of the river.

Below that is the Susquehanna River for the same time period. Notice the discharge rate is significantly higher, year-round on this river. On the Susquehanna, they do have planned dam releases that affect the flow rate for a short time. See, there’s already a lot to consider when determining how long it takes to kayak a mile.

And I’m not done! Imagine kayaking downstream on the river while the wind is blowing upstream. Now imagine that wind is so fast and fierce that no matter how hard you paddle you gain no momentum or log any distance.

This happened to my daughter and me one time, and it was quite amusing.

We knew a storm was coming but we really wanted to get some kayaking in that day. So we decided to do a quick upstream, downstream kayak. This required only one vehicle and one drop in/take out location.

Once we hit the water I should’ve known it wasn’t a great idea.

Well, we attempted to paddle upriver. We weren’t very successful.

The wind was so incredibly strong that after paddling what seemed like 10 minutes, we were less than 200 yards away.

Then it started thundering and lightning, so we changed our minds quickly and made our way back to the dock.

This one example demonstrates how quickly and easily the weather can affect how long it takes to kayak a mile.

Strong head-on winds or severe crosswinds can truly cause a nightmare when trying to kayak.

Something else to consider heavily when determining your speed of a mile is obstacles in the water. This should be a no-brainer, but if you need to travel down a river that requires portages, features shallow waters, or rapids it’s going to take you longer.

Navigating unfamiliar waters can also slow you down severely. Not knowing which side of the river you need to be on can cause “bumps in the road” and will cause delays.

How Many Miles Should You Kayak in a Day

Now you have a rough estimate of what’s involved with paddling a mile in a kayak, how much should you do in a day?

On multi-day kayak camping trips, I plan ahead. I’ll have a map of the river as well as the top choice and second choice campsites. Then I’ll determine the total miles divided by the days I plan on kayaking.

I make adjustments based on the closest campsites and such, but I try to evenly divide my kayaking up over the entire trip.

Occasionally I’ll finish up early on day 2 then just push through to day 3’s campsite. Or somewhere in between if I get tired.

So, how long does it really take to kayak a mile?

As I previously stated, the average time it takes someone to kayak a mile is 20-30 minutes.

But as you can clearly see, determining simple miles per hour speed of kayaking is nearly impossible.

Kayaking shouldn’t be about speed, but rather enjoyable. Floating down a river with nothing on your mind.

If you’re just trying to determine an estimated time of traveling and arrival home, go with the 20-30 minutes a mile.

However, if you genuinely want to know your precise speed and distance traveled, you’ll need some technology on your side.

The easiest way is with a smartphone app that tracks GPS. I use one of the running tracking apps and it works fine for me.

Here is day one and two of one of my trips down the Susquehanna River. I could’ve finished it all in one day, but where’s the fun in that? 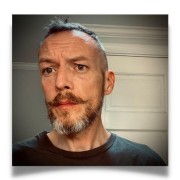 A jack of all trades and master of none. I like do-it-yourself projects and working with all types of materials. Being on the water is one of my favorite things to do. Kayak camping is something I wish I could do year round.

How Long Does it Take to Kayak a Mile

Do Kayaks Tip Easily? (What to Do When You Capsize)

Best Gifts for a Kayaker in Your Life – 12 Great Ideas!!

Kayak in Cold Weather – Tips to Keep Safe and Warm

Where To Go Kayak Camping

My name is Jamie and that’s my wife Cherise.
We’re the couple behind Kayak Camping World.
Since the first time I stepped foot into a kayak, I fell in love.  Everything about kayaking is enjoyable.
Being able to share our experiences and knowledge is enough to keep us going.

Best Gifts for a Kayaker in Your Life – 12 Great Ideas!!

Kayak in Cold Weather – Tips to Keep Safe and Warm

How Long Does it Take to Kayak a Mile

Thank you! Please check your email to confirm.